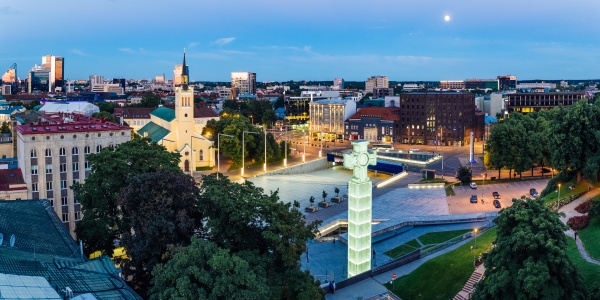 Dyntra, which is a collaborative platform working on the measurement and management of open government and organisations, ranks Tallinn 3rd in transparency among 18 capitals of Europe.

Transparency is measured with the help of 57 indicators, of which Tallinn conforms to 38. The overwhelming leader of the ranking is Madrid, while cities like Helsinki and Brussels rank below Tallinn. The indicators are divided into seven categories: municipal transparency, access to information, citizen participation and collaboration, economic and financial transparency, transparency in contracting services, public works and urban planning and open data.

According to Tallinn Deputy Mayor Züleyxa Izmailova, it is expected for Tallinn to achieve such a high ranking, because as the capital of an e-state, it is natural for it to conduct its business in a transparent way. ‘At the same time, we should not rest on our laurels, or be satisfied with being better than our neighbours. The rate of conformity to the indicators also revealed several bottlenecks to which we have paid insufficient attention,’ said Izmailova. ‘We plan to improve the access to the information on Tallinn’s website for the visually and hearing impaired, to open a participatory gate on the website to boost the involvement of the public, and to improve ways of providing an overview of the developments in the urban space and opportunities to participate in the discussions on this subject.’

In addition to this third place among European capitals, Tallinn is also ranked as the fifth most transparent capital in the world along with Dallas. The following cities currently occupy the top five positions in the world: